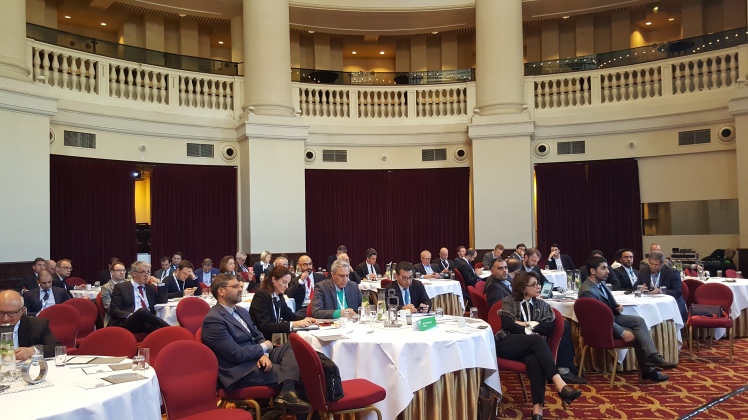 By Rebecca Meijlink – A team at International Research Networks (IRN) organised an excellent Iran Business Symposium on Feb. 21+23, 2017, at the Renaissance Hotel in Amsterdam. It was attended by Switzerland, Germany, Turkey, Italy, and many other EU countries and beyond.

The purpose of the conference was to further create a better multilateral understanding and to serve as a platform whereby the global business and investment community could discover the latest developments and opportunities within the newly opened economy of Iran following the implementation of the Joint comprehensive Plan of Action (JCPOA), commonly called the nuclear deal. The forum was also intended to provide an opportunity for open discussion.

Kees Lakerveld, explained that “successful market entry into Iran requires a banking strategy. Ideally the corporates would like to be able to use their current bank but that is not possible in the majority of cases. The problem is not sending money out of Iran; the issue is on the receiving end. Not all banks are currently ready to do business with Iran and receiving funds that come from Iran, directly or indirectly.” However, banks with little or no U.S. exposure currently seem to be most open to doing business with Iran. “In practice, you need to be either an existing client of the bank or commercially interesting enough for a bank to be willing to take what they perceive as high risks of doing business with Iran,” said Kees Lakerveld.

Philip Sidney Partner, Joost Mellis, further detailed “there is a wall of fear and no ‘front running ambitions’ with the people in charge at the banks. Political risks play a role, legacy of mega penalties and those with large U.S. exposure are nervous about putting their current or future business in the U.S. at risk. It’s not just the Iranian banks that have their set of problems. Many of the banks internationally too are grappling with their own business issues, which makes them reluctant to take on more risk. Some banks have been pulling out of emerging markets in general to focus on their home market.”

The Iranians have been very eager to learn about compliance. Great progress has been made on the side of Iranian banks to establish an international compliance framework. They will next have to convey the improvements to the system in order to allay international banks so that they feel comfortable that their KYCs are now being done on their clients to the international standards expected, reducing the perceived risks in the mind of the international banks. The Iranian banks should continue face-to-face meetings, not just in Tehran but also abroad.  Cross-border discussions between compliance departments would naturally be the next phase.

Compliance and the Banking System in Iran – Slide Show Presentation

Introduction to our Blog

Our Blog provides you with ongoing Insights to setting up, investing and doing business in the Middle East.